I am one of the less than 10% of the world population to be left handed (although I play the guitar right-handed and I also use scissors right-handed). I am up there with the likes of David Bowie, Paul McCartney, Radio 4’s Nicholas Parsons, Jonathan Ross, Prince William, Churchill, George H.W. Bush, Barack Obama, Bill Clinton, David Cameron… You get the jist?

The Telegraph had an interesting piece about Left Handers Day this week, and they had some facts about “Lefties”. Most interestingly:

The term “left-wing” dates from the 1790s, when in the French revolutionary parliament the socialist representatives sat to the presiding officer’s left. Leftists at this time were considered hostile to the interests of traditional elites.

I make up for being left-handed by being on the right politically, so I promise I’m not a threat to the “traditional elites”.

Living in a world designed for the right-handed people (90%) of the population does have its difficulties. I can’t use knives properly, which creates problems in the kitchen. Opening tins of food is a challenge. On the plus side though, the QWERTY keyboard was designed by a left-hander.

In other news, I’m on holiday countdown again. After work on Friday I set off for my final holiday of the year. I’m going to Scotland to spend a week in the Outer Hebrides.

Over the course of 7 days I’ll drive a South-North route starting on Barra in the South, then moving up tto South Uist where I can also drive to Eriskay, Benbecula, North Uist and Berneray. For my final 2 nights I’ll stay in Stornaway on the Isle of Lewis. Returning to the mainland at Ullapool I’ll drive down to Stirling to stay a night there before returning to England.

I’m not entirely sure what to expect, having never been to the Outer Hebrides before, but I’m looking forward to a relatively peaceful, relaxing week away, a slower pace of life than on the mainland. Great scenery and good places to go for a walk each day.

Like most of my holidays I’ve planned the destinations but haven’t looked in great detail at what to do when I get there – I’ll just make that up as I go along, weather depending I guess. But places I am particularly keen to see include: Traigh Mhor Beach, which also doubles up as the runway at Barra Airport; Butt of Lewis, the most Northern point in the Western Isles; and I might try and do a boat trip too, to see some of the Outer Hebridean wildlife.

Once I return from Scotland that’s it for this year – unless I do any of my 48 hour weekend trips in the Autumn. 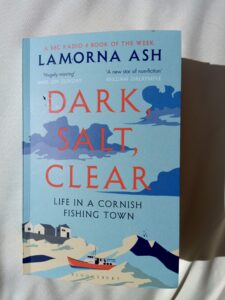