So… today marks phase 1 of the Digital Switchover here in Gloucestershire. For analogue TV viewers, BBC 2 will be be switched off and the new digital transmitter will go live.

My Grandmother gave us a digital Freeview box about a year ago, which never seemed to work – it never picked anything up a year ago, and didn’t yesterday.

This morning, I came downstairs and switched on the TV as usual – because I like to watch BBC Breakfast News in the mornings whilst eating my breakfast. I checked to see if the switchover had happened yet or not. It had – BBC 2 had gone. So I decided to plug in the Freeview box to see if it would work or not.

Luckly, it worked – the Freeview transmitter had been switched on. Previously, Freeview had not been available in the Cirencester area. Now, we have a signal.

I should point out that you won’t have a full service on Freeview at the moment. From now until phase 2 (April 7), only the BBC services are available; this means your channel list will be:

ITV 1 and Channel 4 are still only available through analogue TV, and will be available when the full freeview service goes live later in the month.

Want more information as to what you should do? Check out the post I made earlier in the week. Also make sure you listen to Mark Cummings on BBC Radio Gloucestershire after this morning. 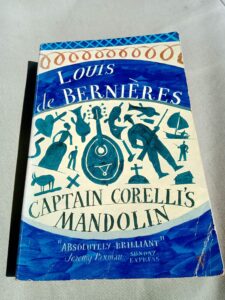