It seems odd for me to talk about being “back in England” when I don’t think of myself as being English: I see myself as British. However: I have just returned to England following a weekend away in Wales with the rest of my family.

The title of this blog post, by the way, is Welsh for ‘Welcome to England’. I don’t speak Welsh. At all. Living just just 30 miles as the crow flies from the Welsh border (closer than that when I’m in Cheltenham) – and still able to pick up BBC Radio Cymru on FM – you might think I’d have picked up a bit of Welsh. But no.

I don’t think we could have picked a better weekend to go away. We managed two entire afternoons at the beach, in the sunshine, with not a cloud in the sky at times as well.

We were staying in Pembrokeshire – in Freshwater East to be precise. It’s in the South of the county, between Tenby and Pembroke.

Friday night was BBQ night: enjoying the garden and the sea view from our cottage.

On Saturday after a walk around Bosherston Lily Ponds… 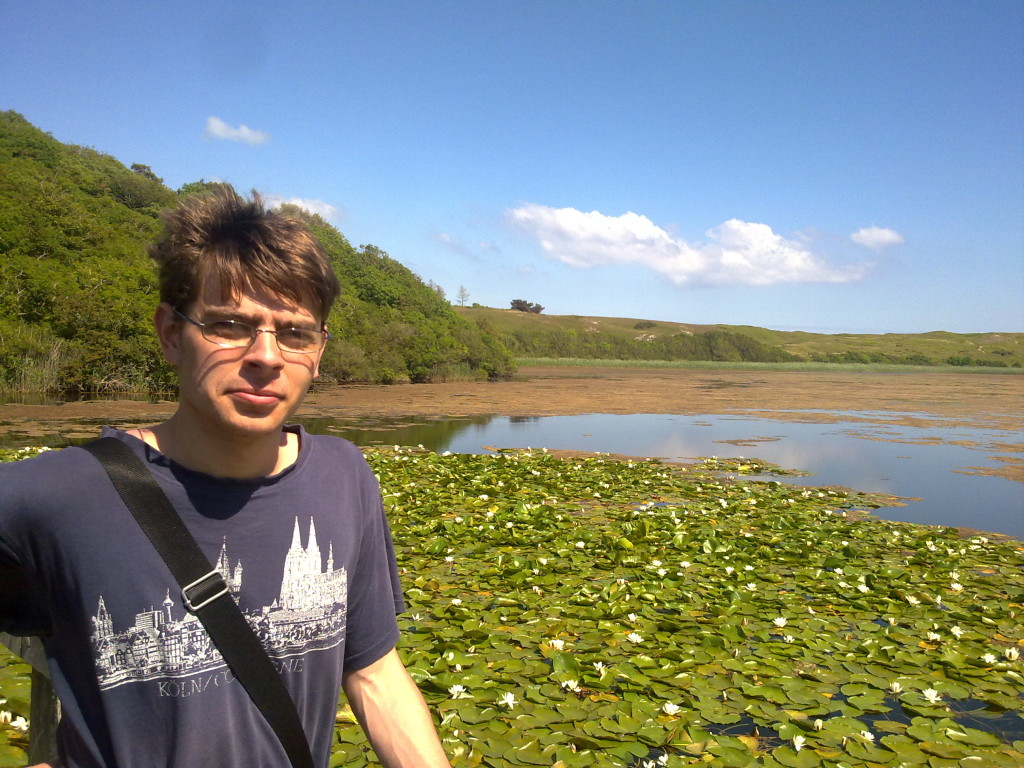 …we enjoyed an afternoon on the beach – in hot sunshine, almost getting burned in the process. Once the tide had some in it was just like being on a beach in Greece! 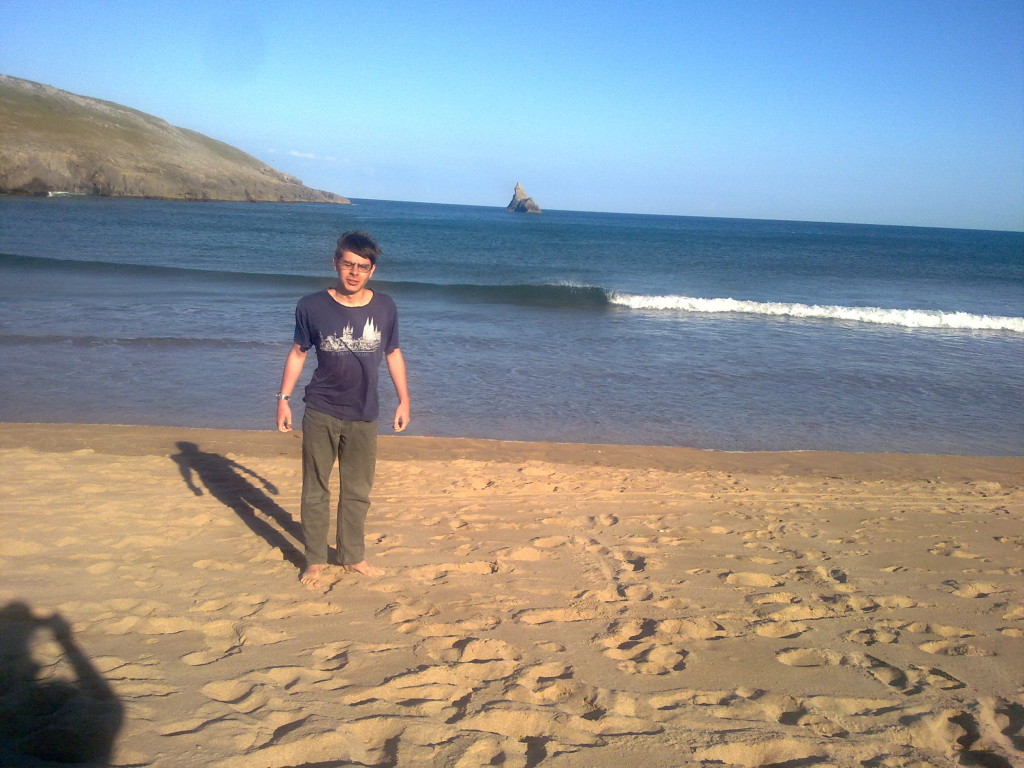 In the evening we enjoyed fish & chips by the sea in Tenby, and then walking around the town, we discovered the town has a link to Greece… 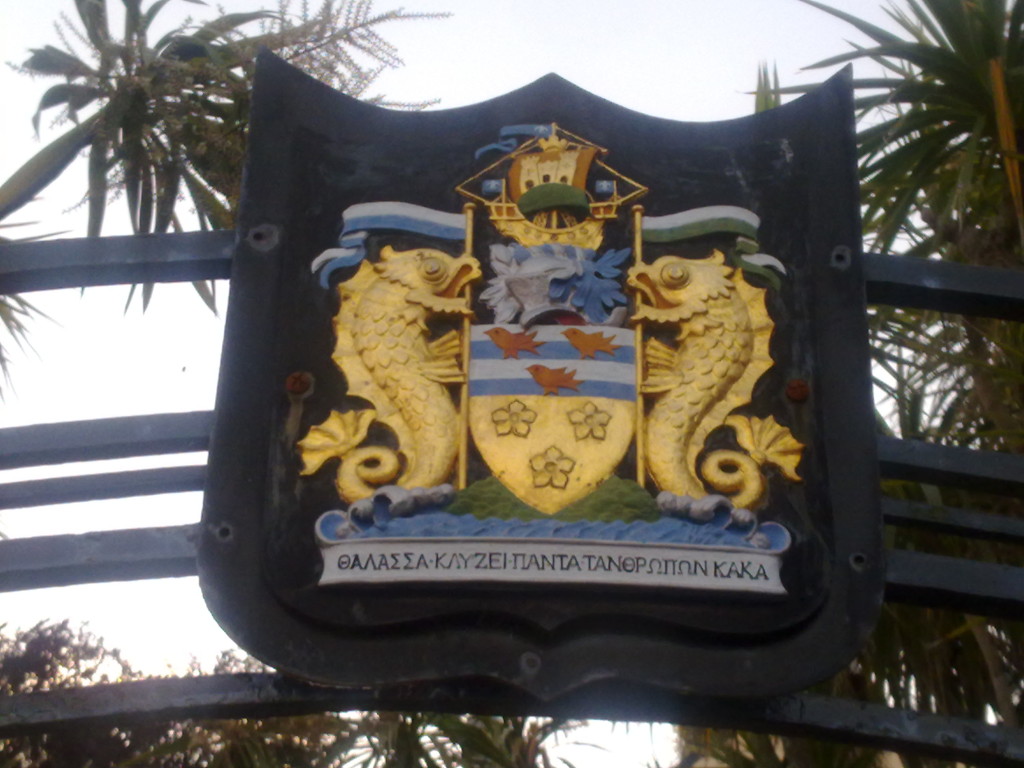 …The motto on the town’s coat of arms is written in Greek!

It’s written on the front of Laston House, by the harbour, as well.

On Sunday we got to the beach again – this time to Barafundle Bay: considered one of the world’s best beaches apparently. It can’t be reached directly by road: you drive to Stackpole and walk over the coastal path. 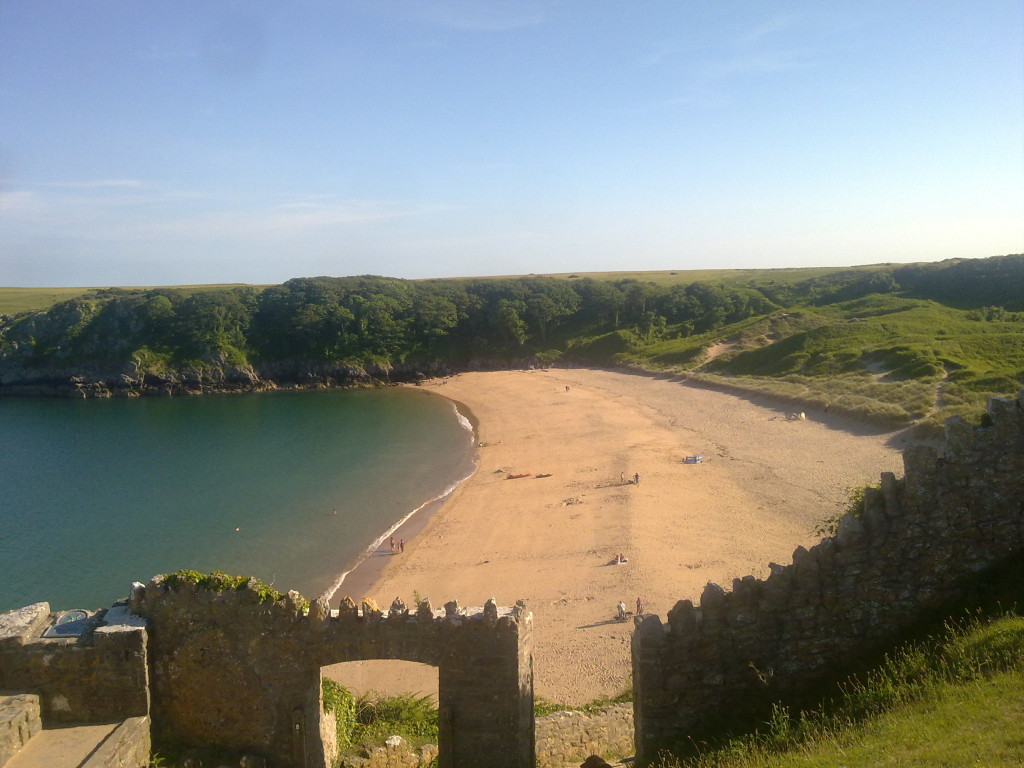 When the weather’s as good as we had it, it becomes almost like a Greek beach – and it’s East facing, so sheltered a bit from the Atlantic. 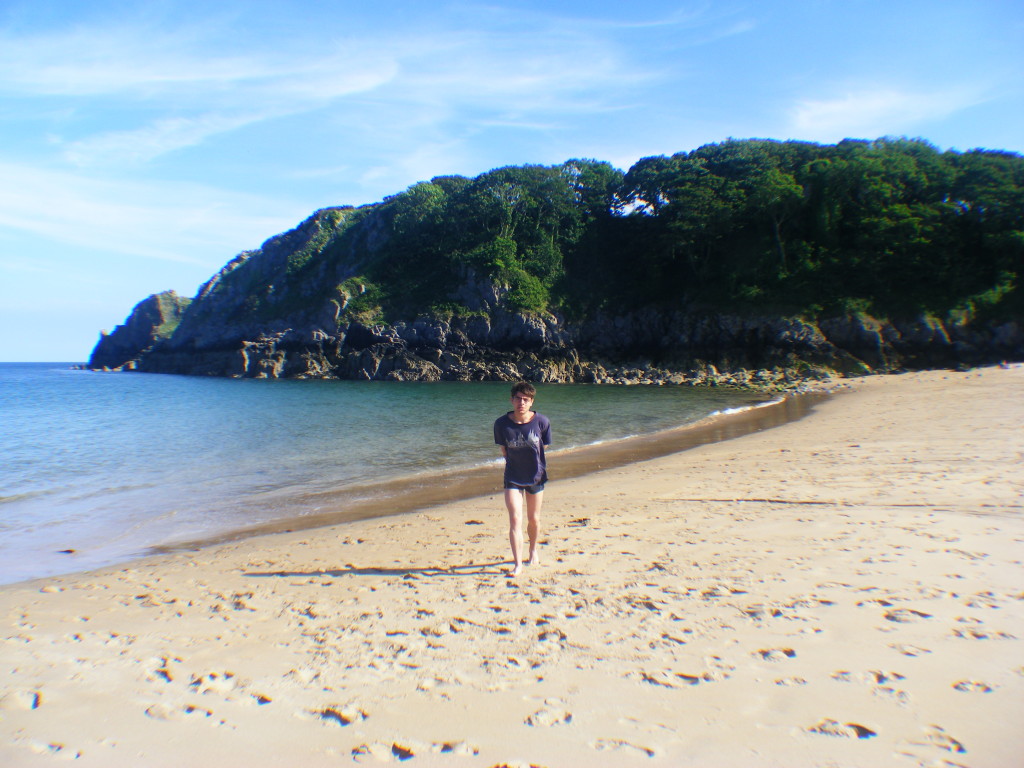 In the evening we all enjoyed lamb shank and yorkshire pudding at the pub in the village.

On the way back today we stopped for a couple of hours at Freshwater West, to catch the last bit of sun, before heading back to the motorway and the M4 bridge back in to England.

Take a look at some more photos of our weekend away at fred-hart.co.uk/photos.

There’s so much of Pembrokeshire we have yet to see – hopefully in the future we can go back and see more of it (Mum seems to travel there for work quite a lot, so maybe she’ll know her way round without needing a map before too long).

But the next holiday for me starts in about 2 weeks, when I’m off to Greece for the Summer.

Back to Cheltenham tomorrow though.